Press Release
Second wave of via ferrata set recalls within six months
Considerable deficiencies found in many via ferrata sets
25 February 2013, BERN, Switzerland: A group of manufacturers has issued a recall of certain via ferrata sets following a meeting of the UIAA (International Mountaineering and Climbing Federation) Safety Commission in Munich, Germany.

Following a comprehensive test programme conducted on used or aged rope friction based via ferrata sets, the climbing industry has found that some of these sets can fail in a fall situation.

The testing showed that the impact force in a fall may be increased and that the tensile strength of the lanyards may also be reduced in such a way that it could result in a full failure of the via ferrata set.

Severe injury or death may be the consequence.

The level of the risk is dependent upon the specific model. Therefore each rope friction based via ferrata set owner should consult the information provided by the manufacturer of the set.

The recall is the second alert about via ferrata sets in the past six months.

There was a worldwide warning issued by the the UIAA on 13 September 2012. It followed a fatal accident on 5 August 2012 on a via ferrata in the vicinity of Walchsee in Tirol, Austria where a climber fell several meters and both lanyards on the energy-absorbing devices (EAS), also known as klettersteig sets, broke.

Changes have now been proposed to UIAA standard 128 for via ferrata sets. These will be up for a discussion and approval at the next UIAA Safety Commission meeting in May 2013.

About the UIAA Safety Commission

The UIAA Safety Commission is made up national delegates from alpine clubs, manufacturers who submit to the UIAA Safety Standard and UIAA laboratories which conduct safety tests on behalf of the commission. The commission maintains a database of certified equipment and recalls.The UIAA was founded in 1932 and has 80 member associations in 50 countries representing about 1.3 million people.

The organization's mission is to promote the growth and protection of mountaineering and climbing worldwide, advance safe and ethical mountain practices and promote responsible access, culture and environmental protection.

The UIAA operates through the work of its commissions which make recommendations, set policy and advocate on behalf of the mountaineering community. The UIAA is recognized by the International Olympic Committee for mountaineering and natural surface climbing. 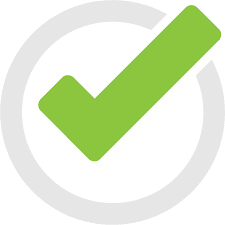